In a first for Cheetahs rugby, a festival is planned to precede the Currie Cup match on Saturday between the Toyota Cheetahs and Sharks in the Toyota Stadium. Fans are invited to participate in a car boot sale or tuck into food from the food trucks at the stadium.

Tickets for the match cost only R20, so too do some of the special offerings that can be bought from the food trucks. The Free State Youth Brass Ensemble will lend extra flavour before and during the game.

The festival will run from 08:00 till after the main game and parking is free on a first-come, first-served basis.  The good news is that the Castle Deck will be open again, where music will be provided by the local group Changes Weekly.

Kick-off time for the curtain-raiser between the under 13 teams of Truida Kestell and Fichardt Park is at 12:30, while the Toyota Cheetahs and the Sharks will get at each other’s throats at 14:30. As a matter of interest, the Springboks Jannie du Plessis, his brother Bismarck, Frans Steyn and Bongi Mbonambi are former scholars of Truida Kestell, while Free State captain Ruan Pienaar went to Fichardt Park primary.

According to Ross van Reenen, CEO of Cheetahs (Pty) Ltd, the food trucks and car boot sales will become a regular feature in the Toyota stadium whenever the Cheetahs are playing. He says the concept will be launched on Thursday at 11:30 at the stadium. Fans are invited to participate in the launch and enjoy a snack or a meal with the players.

“The whole idea behind the festival is to stimulate the economy. Anyone who has second-hand items or any products to sell is welcome to participate in the car-boot sale. Products can be anything from toys to clothes,” he says.

No livestock will, however, be allowed.

Match tickets are available at the ticket office or online at www.ticketpro.co.za.  Supporters have to show a vaccination certificate or a negative Covid test to enter the stadium.

Reservations for the car-boot sale (which is free) can be made with Chantall at 051 407 1701 or chantall@fsrugby.co.za. 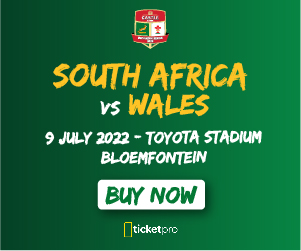